Allows a privileged contact with the grandeur of the Serra do Gerês you see on the horizon. It also allows to know unique features of rural architecture, in particular the original solutions to support agriculture such as lime meadows or the water Taken and in the historical and religious level, the singular Monastery of Santa Maria of Junia. Along the way, one can also observe various aspects of important flora and fauna of the Peneda-Geres National Park.

More information about the Trail: Leaflet in English - http://www.icnf.pt/portal/turnatur/resource/docs-ap/pnpg/leaflet/pitoes-ing

The Monastery of Santa Maria of Junia located around Pitões of Junia, in the parish of the same name, Montalegre municipality, Vila Real District, Portugal. 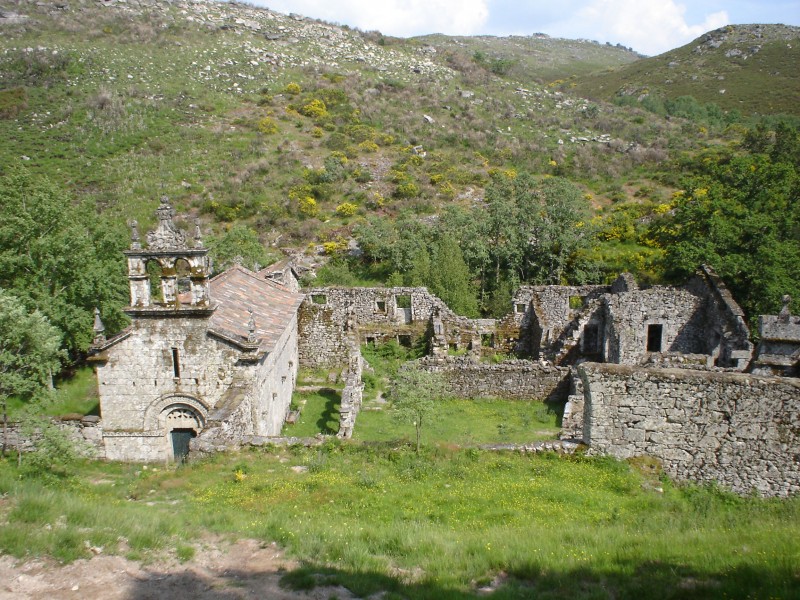 This convent dates back to an ancient pre-Romanesque hermitage, founded in the ninth century, which it followed the insulation criteria. You are in a narrow valley, inaccessible and far from roads and inhabited places, inscribed in a grand landscape background.

The current monastery and its temple were built during the first half of the twelfth century, even before the founding of the nation. It was then occupied monks of the Order of Saint Benedict. In the mid-thirteenth century, the monastery started to follow the rule of the Cistercian Order, been added to Oseira Abbey in Galicia. Over the centuries, this monastery was enriched with obtaining land in the Barroso region and Galicia. At the beginning of the fourteenth century, met maintenance and improvement works which highlights the construction of the cloister and the expansion of the chancel.

In the early modern period works were carried out lifting some dependencies of the convent and chapel of the temple, however destroyed by siltation caused by flowing brook at the head of it. In the first half of the eighteenth century, the church was restored at the level of the timber and lajeamento and redecorated with gilded altarpieces. From the middle of this century, however, began to fall into decay and eventually lost monks and income. With the extinction of the male religious orders (1834) his last monk began to play the Pitões pastor function. In the second half of the nineteenth century, a devastating fire led to ruin many of the convent buildings.